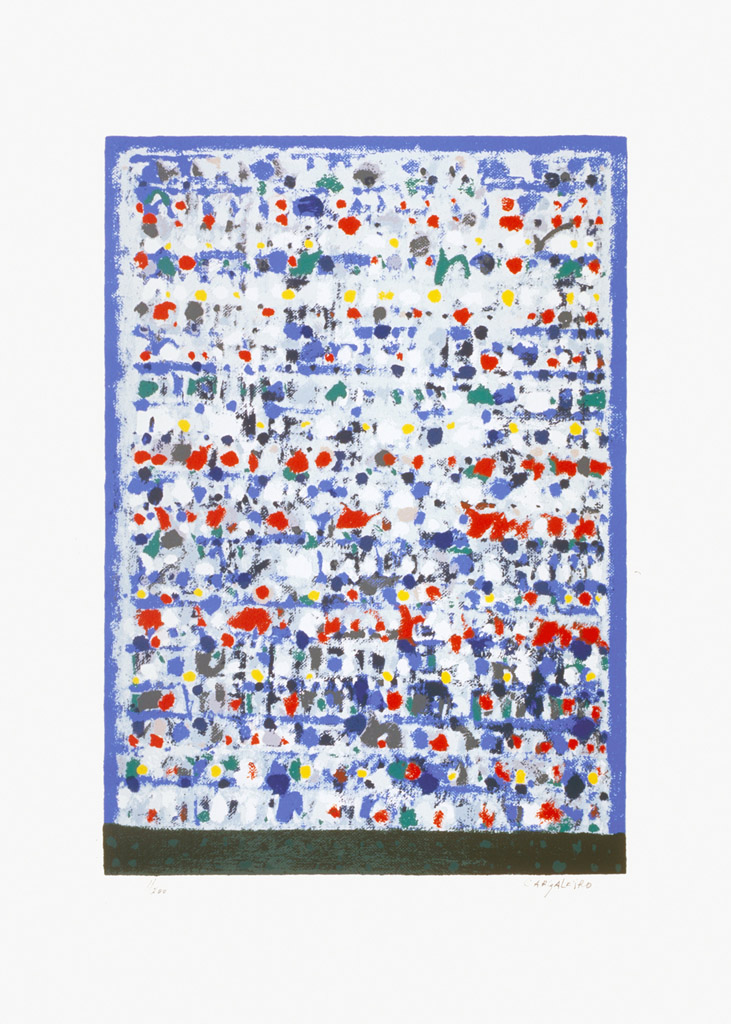 CPS starts its editorial activity with a screenprint by Manuel Cargaleiro, created in 1985. Screenprinting, in fact, would be the technique chosen in the first years of editions. Currently, there are more than 2,000 edited screenprints by national and foreign artists, including established names such as Bual, Cesariny, Nadir Afonso, Cruzeiro Seixas, José de Guimarães, Júlio Pomar, among many others. At the international level, we can find artworks by Allen Jones, Canogar, Errö, Jan Voss, Luís Feito, Peter Klasen, Seguí or Velickovic.

In 2003 the first Digital Print edition is produced along with Evelyn Hellenschmidt exhibition, and in 2005 a Carlos Calvet work starts Photography editions, enlarging artistic image universe.

CPS has successfully maintained its initial objective of making Art increasingly accessible to a greater number of enthusiasts, with the innovation of which the Art and Wine, Art and Poetry, Artist Books and Art and Time collections are a testament, amplifying CPS's universe of creations. Some editorial highlights include the special edition of Os Lusíadas, the albums Fado by Francisco Simões, Vogal Viva by António Ramos Rosa, Oito Canções de Outono by Vasco Graça Moura and Cargaleiro and the book ATA, which the participation of 31 Portuguese and English artists from the Royal College of Art.

PARTICIPATION IN NATIONAL AND INTERNATIONAL EVENTS

Since 1993, in order to keep closer to the public and show its editions and artists, CPS has attended the main dedicated art events in Portugal: Contemporary Art Fair, Marca, Feirarte, Engraving Biannual, Arte Estoril, Porto Arte and Arte na Leira.

Besides having members around the world, CPS is also represented in several international events such as Portugal Cultural Month (South Africa) and ARCO (Madrid). Since 1993 it is a frequent presence in Estampa, Madrid, one of the most important worldwide art fairs, where was awarded, in 2005, the Best Gallery Exhibitor, amongst 95 galleries from 14 countries.

CPS has stood out for the quality of the contemporary Portuguese art presented, bringing together works by renowned authors, but also by young artists to whom it provides exceptional visibility.

With the opening of the new CPS facilities in 2000, a space for exclusive Graphic Work exhibitions was included: the first and only at the time, in the country. The opening of the new Gallery in CCB (Belém Cultural Centre) in April 2008, allowed for a new exhibition visibility and reinforced the Members' proximity to the universe of contemporary art and to a center of culture. In addition to dignifying the Graphic Work as a means of expression, CPS seeks to make known the work of prestigious artists and innovative creative options. Among many others, individual exhibitions of Graphic Work by artists such as Dalí, Tápies, Joseph Beuys, Picasso, Paula Rego, Le Corbusier, Ronnie Wood, Júlio Pomar, João Hogan, Cruzeiro Seixas, Nadir Afonso and Álvaro Lapa have already been held.

In 2003, CPS opened its new Studio in large installations located in a central area of Lisbon in wich it intends to increase the edition and promotion of Graphic Work in its aspects, Screenprinting, Intaglio, Lithography and, now also, Digital print and Photography. This is also a space for creativity amongst the various disciplines attentive to innovation and for the potential of new projects.