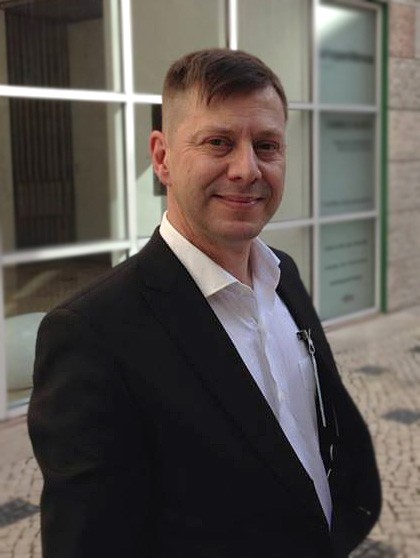 Curator of the National Museum of Contemporary Art, Chiado Museum, in Lisbon, Rui Afonso Santos presents himself as our Guest Curator, choosing a heterogeneous set of artworks, dominated by the pop language and the new figuration..

Notable Geometric Abstractionist sedimented in the 50s, Fernando Lanhas creates diagonal lines that establish points of tension, at the same time that suggest the expansion beyond the physical limits of the support. The color, in a contained range of lilacs, harmonizes the whole, while a set of curves or cut circumferences suggests a harmony of a cosmogonic order, in a work of absolute plastic value.

An absolutely referential artist too, Joaquim Rodrigo started the New Figuration in Portuguese Painting. Creating an unprecedented, para-scientific and universal method of painting, Rodrigo uses a rigorous palette of colors from the fertile land, plus white and black, to create memory-dictated pictograms that establish travel narratives and a cartography of memories. Third (Time) and Fourth (Memory) Dimensions are intertwined in this work, which Rodrigo considered "certain", and it is methodically extensible to the practice of each one, in a philosophy of Art that fuses the binomial Art-Life.

In the 1980s, at the same time that artistic frontiers were abolished and the path to post-modern interdisciplinarity was opened, Painting expanded to other areas, such as drawing, video, photography, performance, music, literature, illustration, scenography or even dance. Member of the Homeostético Group, bringing together visual artists Fernando Brito, Pedro Portugal, Pedro Proença and Xana, Manuel João Vieira is divided into distinct creative heteronyms, practicing painting, drawing, poetry, music, singing, performance, video, photography and even practice anarchist politics, in a NeoDadaist whole that, too, resorts to the merger of the binomial Art-Life. A virtuous drawing is the basis for Neofigurative compositions with a baroque twist, seen from poetic and imaginary cities where the tree is a totemic symbol, with ironic contrasts, like a donkey's head, that motivate absurd narratives.

In Mimi Tavares, painter, illustrator, singer, performer, dancer and choreographer of the iconic band EnaPá 2000, led by Manuel Vieira, a Pop remembrance composition ironically resorts to fragmented collage, in a narrative that denounces the happiness promised by consumption, to while it mitigates everyday life.

NeoPop flavor is also the work of João Galrão, who creatively cannibalizes icons and authors of Contemporary Pop Painting, from Wesselman to Lichtenstein, Peter Blake and Andy Warhol, to unify these fragments through fluorescent borders of neo-psychedelic flavor.

Leonel Moura's work gives back the photographic image of icons of the Portuguese Culture of the 20th century, from Amadeo to Almada and Amália, unifying high and low culture, a practice that has expanded to Urban Art projects, such as yard siding.

Óscar Seco overlaps, on a background where tanks of war evolve and a biomorphic fortress tower rises, the silhouette of a Tyrannosaurus Rex, in an anti-warlike content.

Jacques Monory creates the enigmatic and brutal realism of an episode of Black Film or Romance, in an illusory film that breaks apart.

Adam James ironically superimposes a red clown nose on an anonymous smoking face, a clown that we are all on the collective experiential stage.

Rui Sousa, on the other hand, expands the illustration to the serigraphic domain, giving us a view of the Lisbon Avenue in which the iconic São Jorge Cinema stands out, amidst the traffic and the bustle of the city.

Curator of the National Museum of Contemporary Art - Chiado Museum, Lisbon. Specialist in Portuguese and International Design, pioneer in the discipline of Design History in Portugal. Author of the first History of Portuguese Design. Author of hundreds and a half of titles in volumes, between individual and collective works, and dozens of articles in periodicals, Portuguese and foreign. Commissioner of more than twenty art and design exhibitions.